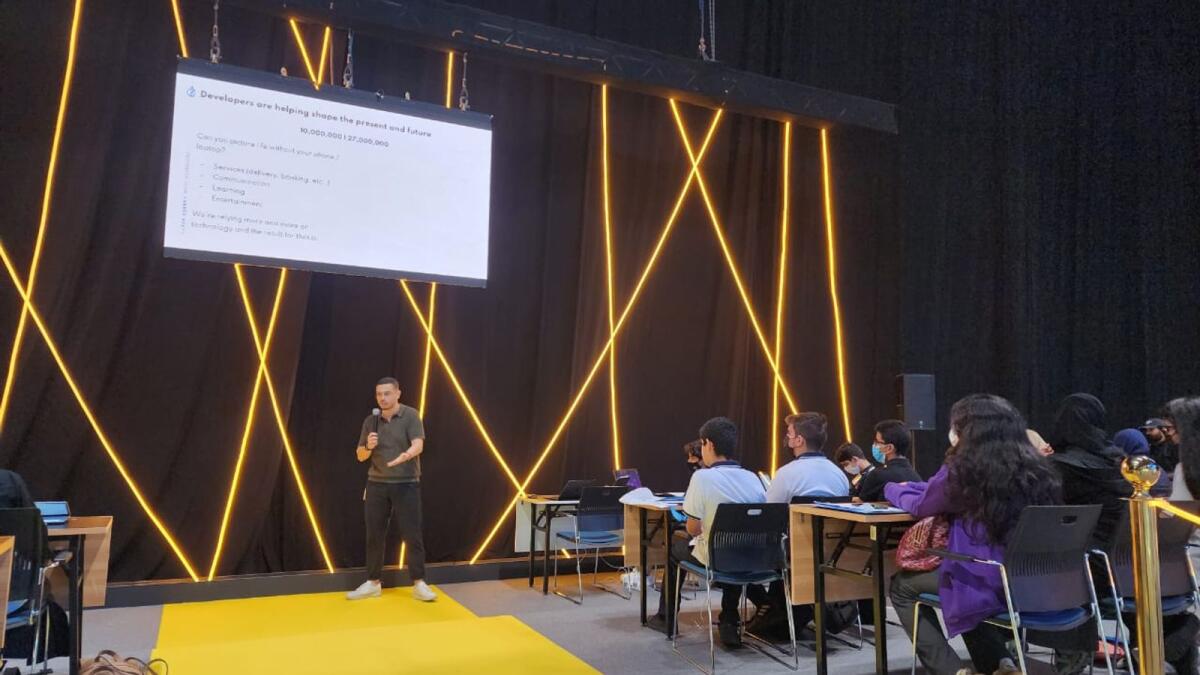 An immersive bootcamp in Dubai put the spotlight on some of the most in-demand professionals in today’s tech industry: programmers and game developers.

Considering how the technology industry has grown exponentially over the years, a lucrative career awaits those who master programming skills.

At a three-day coding boot camp as part of the ongoing job fair Ru’ya Careers in Dubai, an expert highlighted the current salaries of developers.

Encouraging Emirati youth to keep improving their digital skills and consider starting businesses in this sector, Amer stressed that programmers and developers are in demand as almost every aspect of life nowadays is related to technology.

“Everything you use, like phones and laptops, comes down to coding. Developers designed these things. Imagine life a few years ago without Zoom or Instagram. Whatever you see today is due to coding,” Amer said.

“Hospitals are now doing robotic surgeries. Children attended an online school during Covid and a lot of work was done because of this technology.”

This shows how important it is to have programmers in the community and how important their role is in the development of the country’s economy.

The number of developers is growing every day, Amer added.

“The global software development market size was estimated at USD 429.59 billion in 2021. If you compare this to any other industry, this is exponential growth.”

During the camp, participants were challenged to create a game with a personal touch.

Amer explained what developers do: “People think developers are web developers or mobile developers. So we have software developers developing, for example, the Zoom software on our laptops, or Microsoft Excel, or Adobe, or Photoshop, or anything else.

“They are made by software developers, not app developers. So app development is different…it has a front end and a back end.”

The front end, he said, is about “the artistic side of coding” and how things should look, including colors and fonts.

READ:  Opinion | Everyone needs to work a customer service job

“The backend is functionalities, for example when you see CLICK, REGISTER. Then there’s something called ‘cluster’, that’s someone who does both – frontend and backend, which is very common here because it’s very cost efficient. So now we increasingly have people who can do both,” Amer said.

“Hardcore developers care about what’s behind it. But there are people who like both.”

In particular, the demand for game developers has increased.

Vacancies have risen by over five percent and demand is reportedly growing by more than two percent each year.

“I think we take game developers for granted. But that is not the case. The gaming environment is a little different. Because there you have to focus on specifications that are not easy at all, but tricky and also in high demand,” said Amer.

Earn 5% on Groceries the First Year

Citigroup says there’s a “compelling” reason to buy Meta Platforms (META) stock right now. And the club continues to back the tech giant as a solid long-term company at a…