Huub Knapen, the man behind Next Level BV, remains on track to expand his Amazon course, which has benefited hundreds of students, workers and businesses. 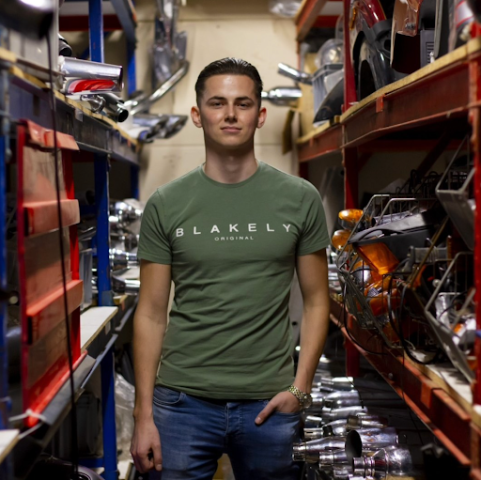 Huub Knapen, a leading entrepreneur based in the Netherlands, wants to make a name for himself in the global industry by expanding his Amazon course and outsourcing his business to the international market.

Huub’s Next Level BV course has currently been purchased over 1100 times and about 70 students participate in the mission every month. In the highly rated course, Huub Knapen discusses why Amazon is the best choice among all e-commerce business models and how private individuals can make and continue to make tens of thousands of euros a month through Amazon.

Huub Knapen started e-commerce at the age of 15. He then put his father’s inventory of motorcycle parts online for sale. That moment made it clear to Huub that he wanted to advance in the e-commerce business.

A few years later, he focused his efforts on building his own e-commerce store, utilizing his skills in product development and entrepreneurship. After an American Amazon apprenticeship, he founded his first company in 2017, selling products with his own brand. In three months, his sales went from zero to $10,000 with a whopping 40% profit.

Huub Knapen has grown into a renowned Dutch entrepreneur who not only sells products but also helps and teaches other people how to sell on Amazon through his courses and services. And he does that well. He has dominated the Dutch and Belgian markets and now plans to expand into the English and German markets. Huub is determined to become one of the largest course and outsourcing companies in the world and expects to go live in the new languages ​​by the end of 2023.

Tayo Oscar, in a verified review, praised Huub for offering a unique platform for those who want to succeed in Amazon selling.

“Do you feel like you’re not comfortable with the general education system or that you have a career in mind other than a standard 9-to-5 job? Please promise yourself that you will give Huub Knapens nextlevelamazon.com a try. It really turned my life around 180 degrees. I am eternally grateful to Huub,” Oscar wrote.

Rick Noorlander, reporter for the Dutch national TV series RTL Z, wrote in a review: “Next Level Training is the place to start selling on Amazon in the Netherlands.”

“Do you also want to win on Amazon and e-commerce? For sellers to be successful in these predatory markets, they need to be successful in all areas, and everything is considered from product title, description, reviews, a proven and innovative advertising strategy to increased visibility via keywords and other means,” he told Huub.

Those wishing to take advantage of a free consultation to boost their successful Amazon business can contact Huub Knapen or visit Next Level BV via www.nextlevelamazon.com to get started right away. Others who want to learn more about Huub Knapen can follow his social channels instagram.com/huubknapenn for more information.