This week, like an estimated 19 million Americans, I performed an uncomfortable modern day ritual: I paid my taxes just before the October 17 extended filing deadline.

It is a nationwide annual task that regularly triggers discussions among economists and politicians about which tax policy makes the most sense. It also sheds light on a question we rarely articulate but is important: how much do we trust digital services? How far do we long for flesh-and-blood contacts – or for paper and ink?

The recent experience of H&R Block, a gigantic American tax consultant, is striking in this regard. Over the past seven decades, the company has built its business helping Americans file and pay their taxes, primarily through operating a large network of retail stores where specialized advisors meet customers in person.

“The tax business has historically been a paper business,” Jeff Jones, managing director of H&R Block, told me recently. The company has embraced digital alternatives, but interestingly, the majority of clients still choose to come into the office and “sit face-to-face with a tax expert,” he said. In fact, the preference for face-to-face interactions is so pronounced that in the early months of Covid-19, when H&R closed some offices, clients kept popping up wanting to speak to human advisors. Queues formed at the offices that were still open.

This came as a shock to Jones, who assumed the pandemic would push most people online. He was responsible for the development of various digital tools, including a video chat function and a device that allows customers to upload documents using a cell phone scanner.

While some of these innovations, like online filing, have been successful, video conferencing adoption has been surprisingly low, Jones said. And although he now trains tax professionals online so that H&R can reduce the size of its physical offices, the fact that so many clients still want face-to-face meetings has led him to conclude the company still needs small offices across multiple offices Locations. “It’s not always what we expect,” he said. “We have to be flexible”

Why? For his part, Jones thinks one problem is that taxpayers “have all this paper and it’s easier to take the paper to a professional by giving it to them in person.” The second is that “the stakes are so high that [people] want to look someone in the eye and know they’re doing it right.” In other words, the problem is trust. 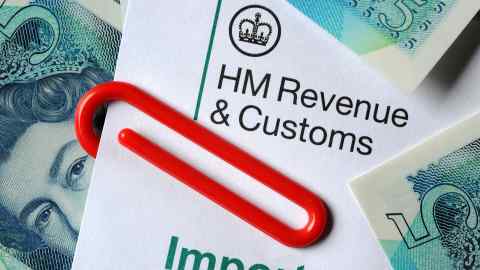 Fair enough. Given that computers can crash or get hacked, this isn’t entirely unreasonable. But I suspect emotions are also a key factor. Nearly two decades ago, Genevieve Bell, then an anthropologist at chipmaker Intel, argued with the company’s engineers who believed paper was about to go away. Bell disagreed.

Paper appeared to the engineers as an “irrational” waste of space and money. But Bell insisted that paper “is what anthropologists call a stubborn and unruly artifact,” an object that evokes emotion more than utilitarian factors. Paper feels familiar. It is sensory and evokes touch and smell. Paper also conveys a sense of permanence and control. A sheet can be scanned quickly. The task of reading a page, paper or book can be completed unlike the bottomless, shape-shifting black hole of the internet.

The last two decades show that she was partly right. The demand for printed newspapers has collapsed in this century. But print editions are still being published, with some readers preferring the “crinkle”. Audio books have boomed, but printed books continue to sell and, importantly, have not been replaced by e-books as once predicted.

Letter writing has withered in the face of email. But in late 2021, greeting card companies reported that Christmas card sales had increased. In the case of stationery retailer Paper Source, sales were up 14 percent from 2019 because millennials embraced them. 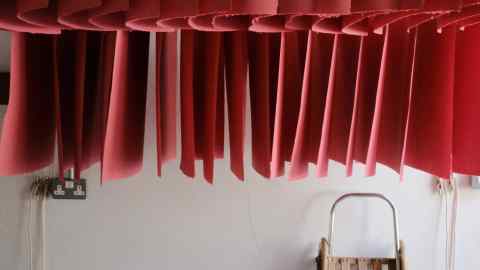 Something similar happens in many professional services. Telemedicine boomed during the pandemic. But in-person doctor visits have not gone away. Online conferences exploded when people couldn’t gather in person. But I’ve never seen a real-life conference as crowded as the ones I’ve attended recently.

Our world, to quote Jones, is therefore an “omnichannel” world, or a place where the digital and real elements mix in improbable and unpredictable ways. I know. Having completed my “online” tax ritual on Monday, the papers are now on my desk and I felt compelled to print them out for security reasons.

This is a major headache for anyone like Jones trying to serve consumers. But it’s also wonderfully exciting when you want to celebrate what separates humans from robots, namely culture.