Spain and Belgium have warned of the consequences of Germany’s huge fiscal stimulus package for the EU’s internal market, while the bloc tries to find a unified response to rising energy prices.

Spain’s Prime Minister Pedro Sánchez told a German newspaper on Wednesday that the single market must not “break apart” and that while Germany’s move was “justified” it was important to “maintain a balance” to ensure fair competition in the EU .

“Such imbalances in budgetary spending are dangerous” and risk “weakening the European single market because everyone is just doing their own thing,” Belgian Prime Minister Alexander De Croo said in a separate interview.

Speaking to the Frankfurter Allgemeine Zeitung ahead of meeting his German counterpart Olaf Scholz, Sánchez said Germany’s move was understandable given its dependence on Russian energy. But at a joint press conference with Scholz on Wednesday evening, the Spanish head of state said: “There must also be answers at European level to defend something very important: the level playing field.”

Sánchez has been closely aligned with the German Chancellor on other energy issues, including the need for more cross-border gas and electricity connections.

At the press conference with his Spanish counterpart, Scholz defended the German initiative. “It’s just another support package. Spain has been offering support for a while, France has always done so, and the Netherlands have just announced another programme. . . Britain too,” he said. “This is a program that we have set up for three years and that is adapted to the size of the German economy. Every country does it and every country can do it.”

Commission President Ursula von der Leyen said before the European Parliament on Wednesday: “We must protect the foundations of our economy and in particular our internal market.”

When asked about the impact of the German package on the EU’s internal market, Margrethe Vestager, the EU’s competition authority, said it was too early to draw any conclusions. “We will be keeping a very close eye – the integrity of the single market is absolutely crucial,” she told the FT on Wednesday.

Vestager said the commission intends to come forward with proposals this month to expand its special state aid crisis framework. The intention is to speed up applications from Member States wanting to funnel funds to private companies. The aim is to extend the special regulations by another year until the end of 2023.

Von der Leyen was addressing an informal EU summit in Prague on Friday where member states will discuss ways to limit punitive increases in energy prices. A growing number of countries support the idea of ​​capping gas prices, which play a prominent role in driving up electricity costs given the shape of EU electricity markets.

Some diplomats have noted growing momentum behind a model used in Spain and Portugal where gas prices are capped.

Von der Leyen said such a measure is “a first step towards structural reform of the electricity market,” which the commission plans to tackle early next year. 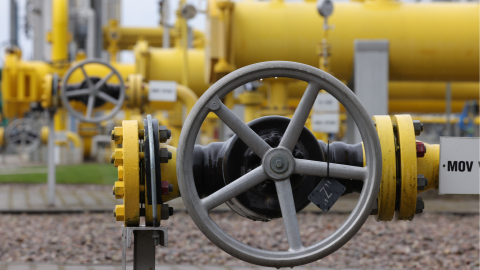 A senior EU diplomat said that capping the price of gas for electricity is “not a valid model for many, or even most, member states,” while several other diplomats and politicians fear such a move risks squeezing gas consumption by cutting prices at the same time increase if the European supply becomes acutely scarce.

Commission figures show that gas consumption in Spain rose by 10.9 percent in June, the month after the price cap was introduced, compared to the five-year average, although the Spanish government said this was also due to a drop in hydroelectric power over the summer Drought.

France has signaled its support for the “Iberian model,” which it has benefited from by importing cheaper electricity from Spain.

However, Sánchez took aim at France on Wednesday for thwarting Madrid’s ambitions to build a proposed new gas pipeline called MidCat through the Pyrenees to its northern neighbor.

Recalling that French President Emmanuel Macron made pledges on power connections in 2018, Sánchez said: “We call on the French government to honor their commitments now.”

Scholz said at the press conference that “I strongly support MidCat,” adding, “We don’t get the impression that this has been ruled out.”

You can save more by foreclosing your loan. Things you need to know

Photo: Desiree Rios/The New York Times/Redux At the start of the pandemic, when non-essential services closed their gates under a mandated lockdown, New York City moved quickly to launch a…