A World War II mystery has come a step closer to being solved after two books from the lost religious library of what was once the world’s largest Talmud school were returned to Lublin.

The religious books from the original collection at the Chachmei Lublin Yeshiva were found in a university library in Berlin by one of their employees. Both copies bear the stamp of the yeshiva library.

Agnieszka Litman, animator at the Lublin Jewish Community in Warsaw, said: “The finder contacted us and expressed his desire to return these books to their original place. This is an exceptional event for us.

“It’s historically important because the discovery of each of these books reveals the fate of this collection of books and allows us to reconstruct a piece of history.” 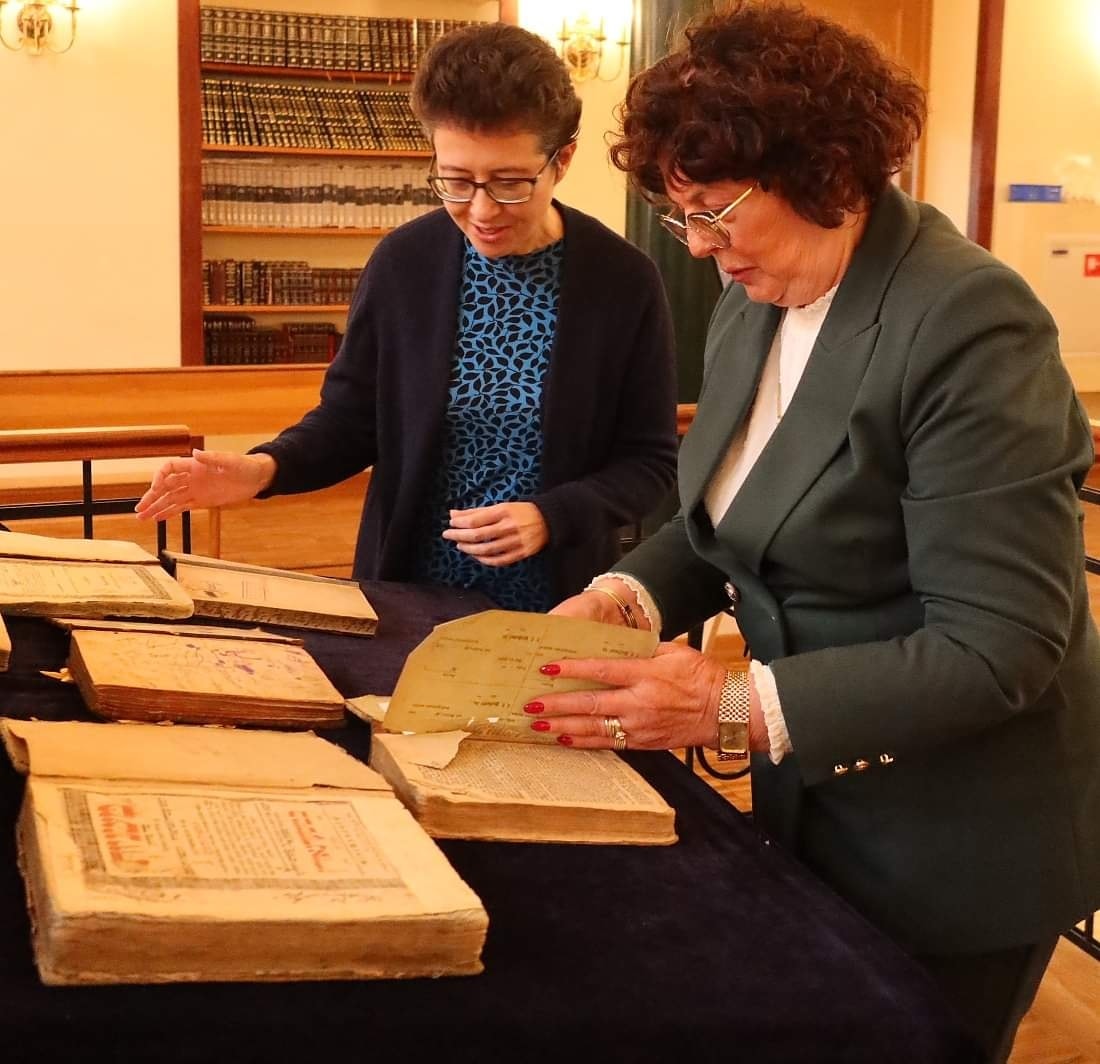 The history of the Lublin yeshiva library is mysterious, as what happened to it is not fully known.

Many believe the collection was burned by the Germans, although there are no official pictures or records of such a book burning.

However, it is known that part of it was hidden and sent to Warsaw after the war in 1946, where the trace ends.

Books from the library were found in Israel and at the Jewish Historical Institute in Warsaw. 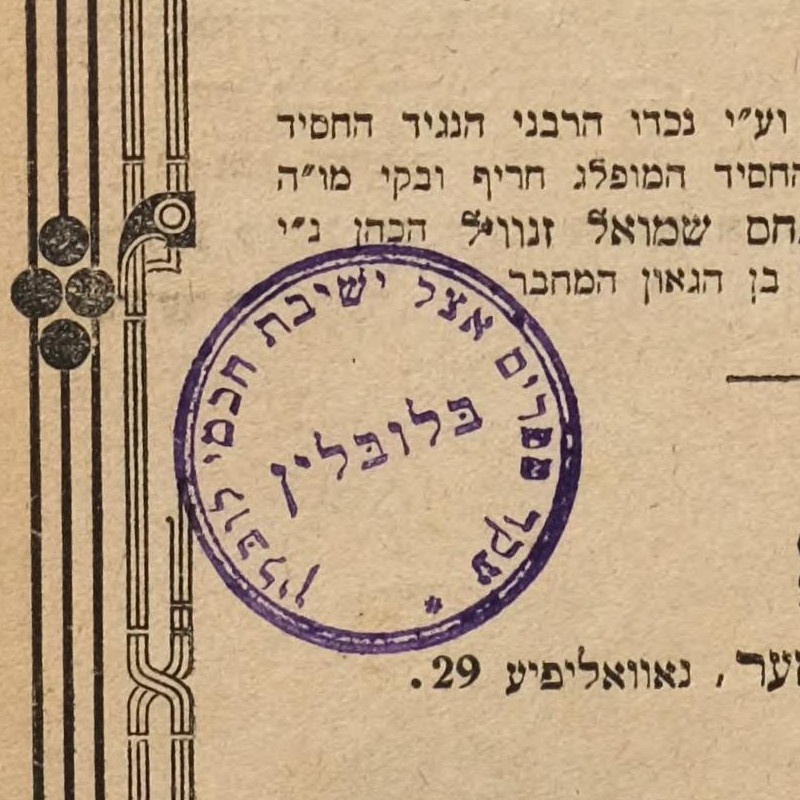 Both copies bear the stamp of the yeshiva library.press materials

In 1930 the Lublin School of Sages was opened in Lublin. It was Rabbi Meir Shapiro’s birth child and at the time the largest and most modern yeshiva in the world to train future generations of rabbis.

This impressive structure was funded by contributions from Jewish communities around the world. The Academy revived the traditions of Talmudic studies that flourished in Lublin in the Old Polish period.

The Talmudic school had to have a religious library to match. The plan was to collect 100,000 books.

Piotr Nazaruk of the Grodzka Gate Theater Center – NN, which operates the Digital Yeshiva Library, which digitally recreates the school’s pre-war book collection, said: “Committees formed across Poland have donated thousands of books to Lublin from institutions and private donors. 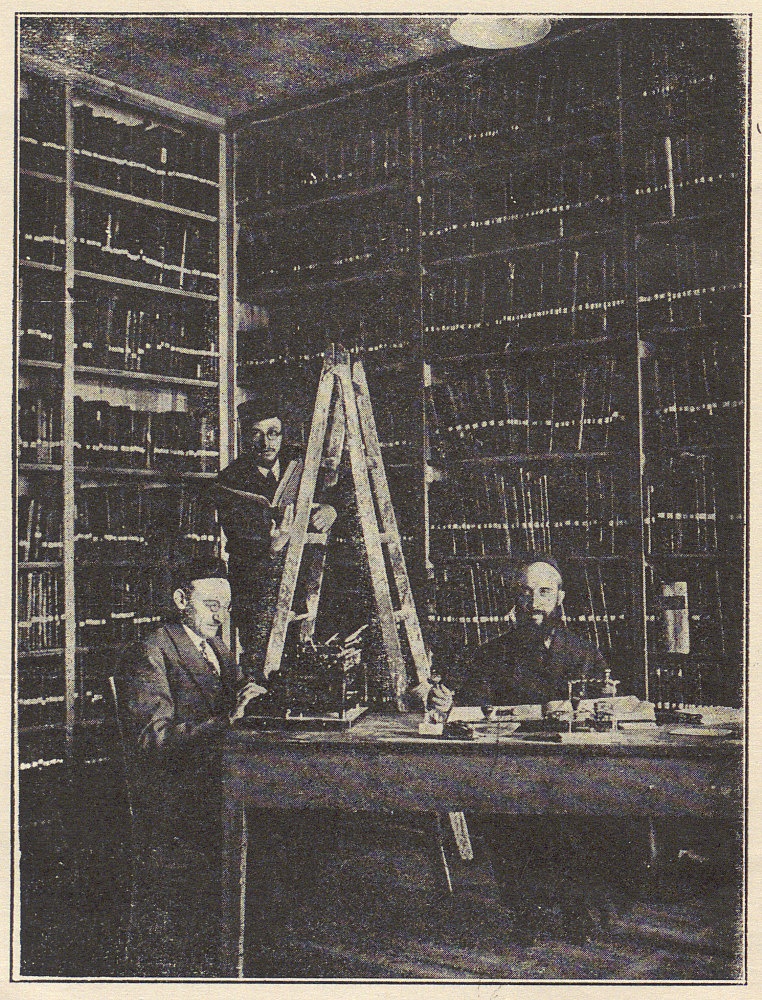 The original collection in the Chachmei Lublin Yeshiva was once the largest Talmudic school in the world. The fate of the library is one of Lublin’s biggest war secrets.Teatr NN.pl/Album Yeshivas Chachmey Lublin, edited by N. Gurman, Warsaw, 1931 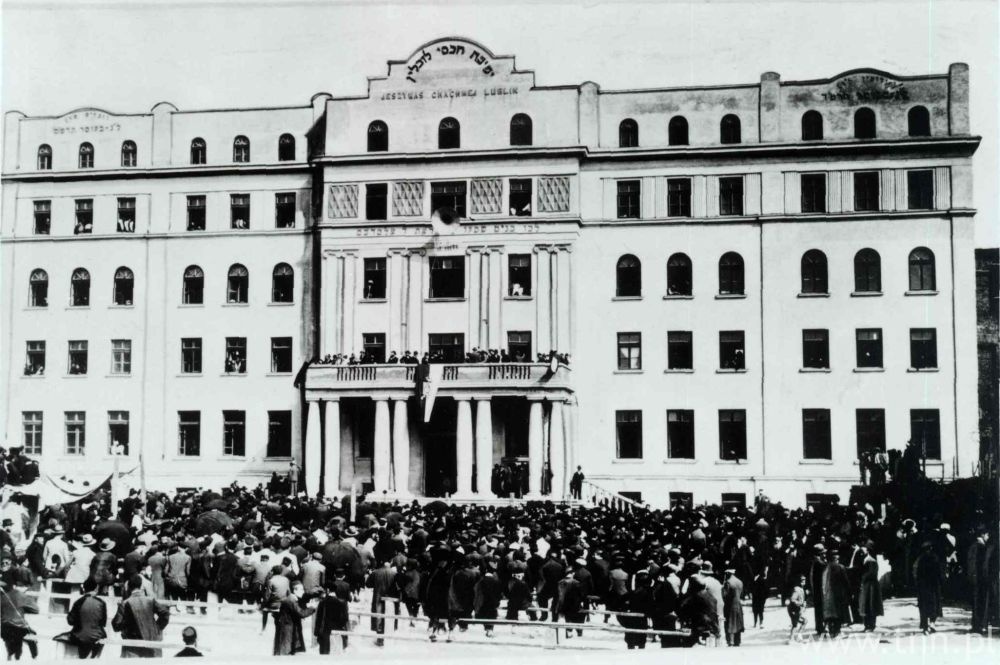 The impressive building was financed by contributions from Jewish communities from all over the world. The Academy revived the traditions of Talmudic studies that flourished in Lublin in the Old Polish period.Wiki

“By the end of the 1930s it was one of the largest and most valuable Jewish religious libraries in Poland.”

The collection included copies of the Talmud, a commentary on the Biblical Torah that explains how to keep the law contained in the Torah.

It also contained the Holy Scriptures as well as works created by rabbis over the centuries on the morals or principles of Judaism.

There were no works in Polish in the book collection, even Yiddish appeared seldom, and religious works in Hebrew dominated.

The fate of the library is one of Lublin’s biggest war secrets. Stories handed down in the city say that the Germans burned the books in a huge fire that raged for many hours. 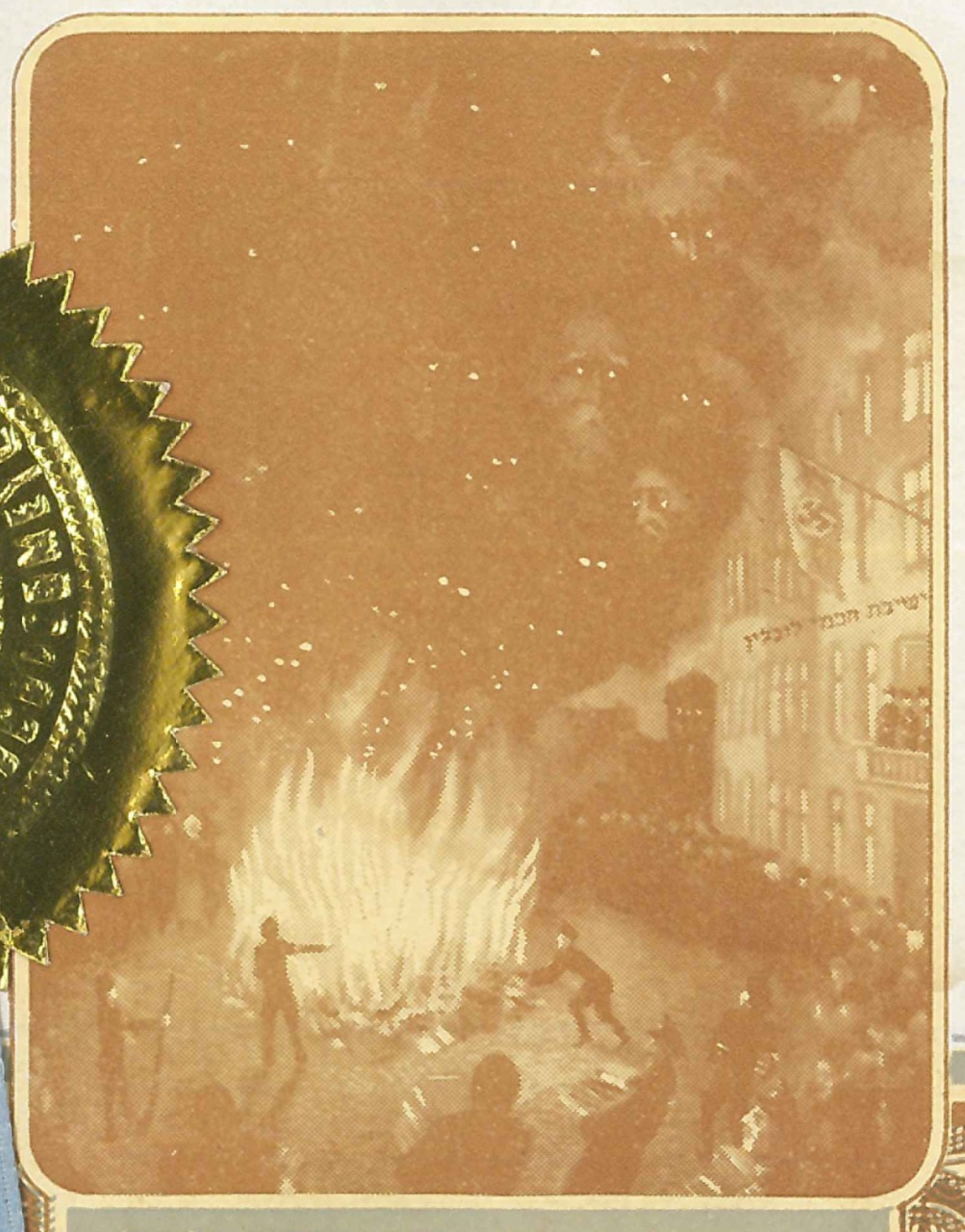 Many believe the collection was burned by the Germans, although there are no official pictures or records of such a book burning. An artist’s rendering of the destruction of the yeshiva library. A detail from a 1954 Certificate of Appreciation from Yeshivas Chachmei Lublin in Detroit (founded by the Lublin Yeshiva students after the war) to Rabbi Eliezer Silver (Cincinnati Judaica Fund).Teatr NN.pl/ Cincinnati Judaica Fund

Nazaruk said: “This version is not valid and is not supported by documents or reports.

“The Germans not only did not destroy the book collection, but also very carefully secured it. However, we don’t know what her plan was to do that.”

Shortly after the liberation of Lublin, documents, press reports and reports from library staff surfaced stating that the yeshiva’s book collection had survived.

It is believed that the collection, or at least part of it, was kept in another library building in Lublin at the end of the war.

According to Nazaruk: “It came under the custody of the Jewish Committee, then in 1946 the Committee sent the book collection to Warsaw, where the trail ends.” 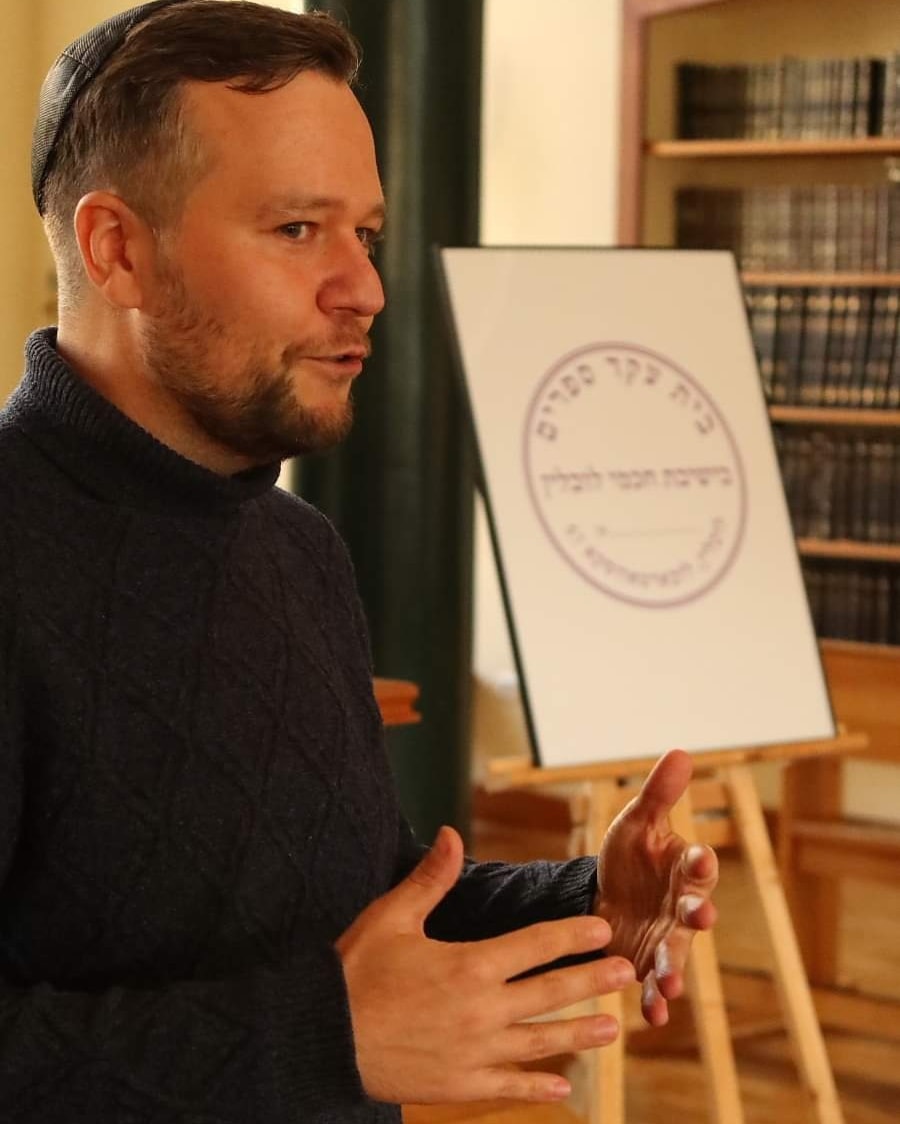 Piotr Nazaruk of Grodzka Gate – NN Theater Center has dismissed suggestions that the books were burned, saying such reports “are not corroborated by documents or reports. The Germans not only did not destroy the book collection, but also very carefully secured it. However, we don’t know what her plan was to do that.”Brama Grodzka center

“Of more than six hundred Jewish old prints digitized by the Jewish Historical Institute, 130 bore the stamp of the Lublin Yeshiva.

“It is very likely that there are many more books with such stamps in the JHI collection, although it is certain that the entire collection is not present.”

Some books from the collection have also appeared on online auction sites. Nazaruk found others in the National Library of Israel.

It is not known how the books returned from Germany ended up in the holdings of the Berlin University Library. 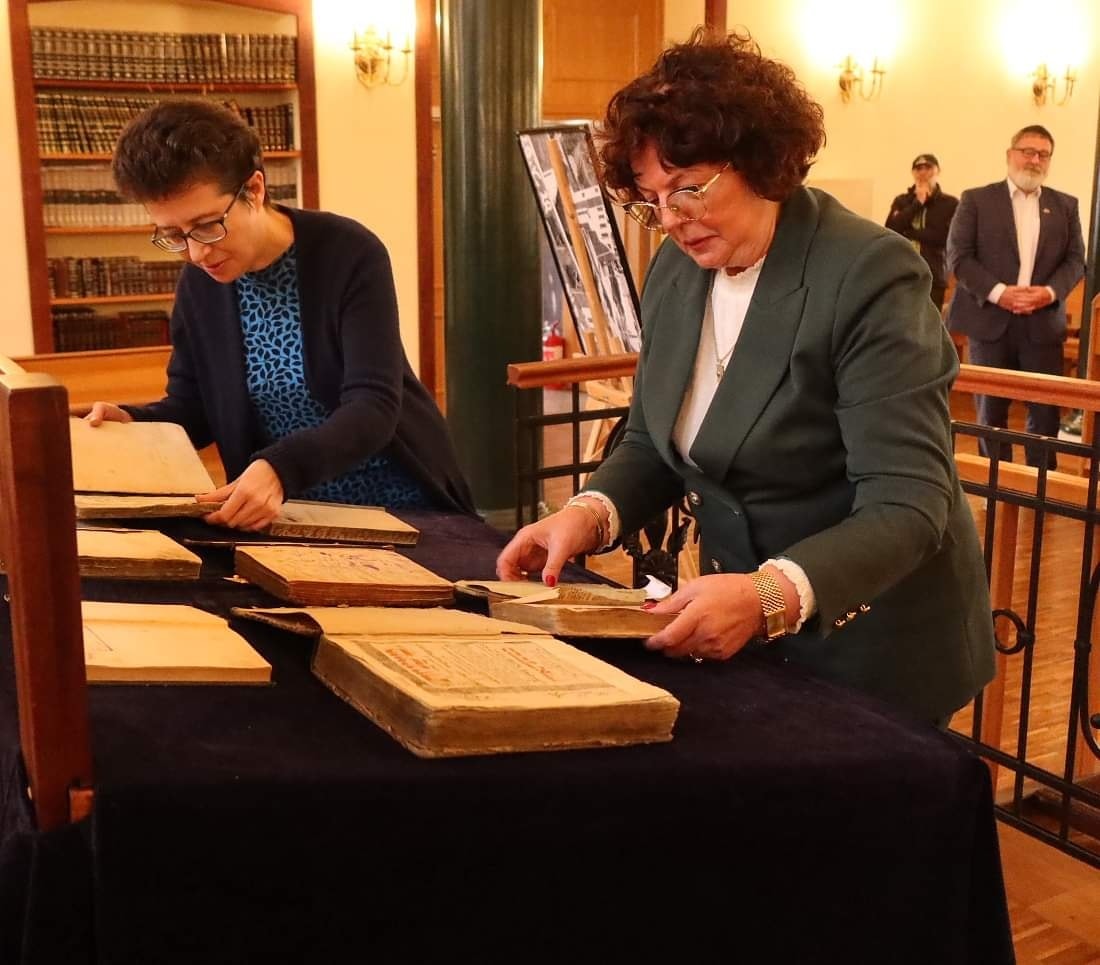 The books are now subjected to a visual inspection and, if their condition permits, digitized. Finally, they will be exhibited in the Yeshiva Museum on Lubartowska Street in Lublin.Jewish community in Warsaw, Lublin branch

There are currently only five books from the Lublin library that are kept by the Jewish community in the yeshiva.

The books from Berlin are now joining the copies that the Jewish community already owns.

First, they are subjected to a visual inspection and, if their condition permits, digitized.

Finally, they will be exhibited in the Yeshiva Museum on Lubartowska Street in Lublin.