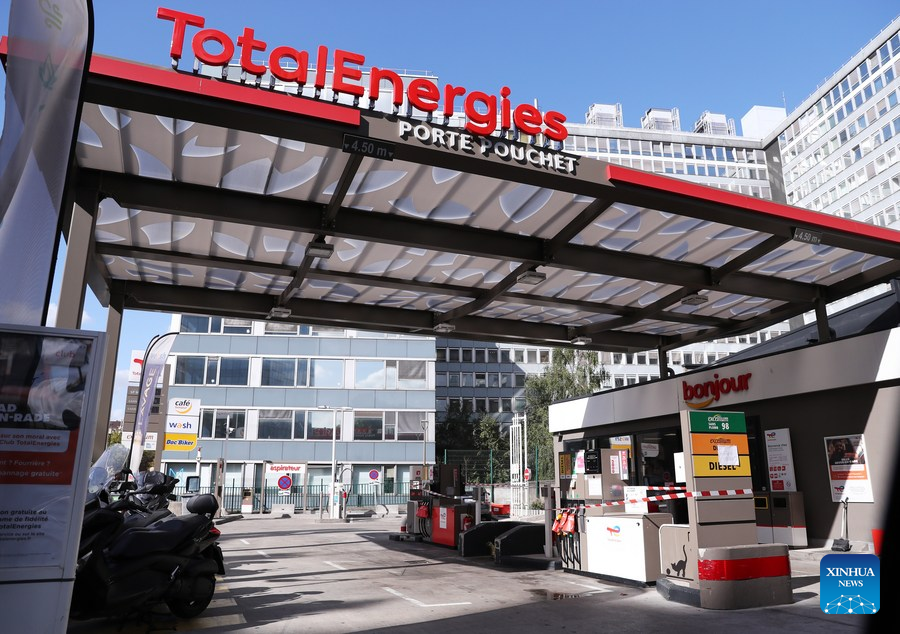 LONDON, Oct. 11 (Xinhua) — Europe has endured a difficult economic situation amid a deepening energy crisis and many other challenges. As winter approaches, there are fears that the situation will sink deeper into the swamp, and experts predict the outlook will remain bleak.

Risks to the European economy include the energy crisis, a lack of investment in fossil fuels, the risk of financial fragmentation between northern and southern Europe and liquidity risks that have recently hovered over the UK bond market, Dembik noted.

Based on the latest Purchasing Managers’ Index (PMI) indicators, the euro zone and the UK appear to have already entered recession in the third quarter, he said, adding that persistently high inflation is also a concern.

“It is quite unique in history to face such an accumulation of risks simultaneously… With so many risks, the economic recovery, whenever it occurs, is likely to be sluggish, and Europe will once again lag behind the United States,” Dembik told Xinhua.

Also Read :  Democrats spent $2 trillion to save the economy. They don’t want to talk about it

The risks Europe faces are similar to those faced by other countries and regions, including supply chain disruption linked to the ongoing impact of the Russia-Ukraine conflict, said John Bryson, a professor at the Birmingham Business School University of Birmingham, in a separate written interview with Xinhua.

The COVID-19 pandemic “resulted in a reduction in maritime logistics capacity, and this is one of the constraints on international growth and also contributes to inflationary pressures,” he said, adding that the cost of living crisis is affecting consumer behavior.

Worse, analysts believe that rising US interest rates will lead to an outflow of investment from Europe to the United States. Since March, the US Federal Reserve has raised interest rates five times, including three consecutive 75 basis point hikes.

“There is an outflow of relatively mobile investment from Europe to the US and also from other countries to the US,” he said. “This outflow often occurs during times of global volatility as investors flee to invest in US dollars.”

The current shift reflects a more aggressive stance by the US Federal Reserve to control inflation by raising interest rates, and the interest rate differential that has developed between the UK, EU and US is partly behind this shift, he said.

“The outflow of capital is not unique in Europe. We’ve seen a similar trend in emerging markets, actually at the fastest pace,” noted Dembik.

This has pushed European financial markets, particularly the stock market, down significantly, he said.

“We could also see a growing risk of liquidity issues,” he said. “Ultimately, this will certainly force central banks in Europe to stay in the market much longer than expected,” such as through quantitative easing.

In the eurozone, “a recession has seemed inevitable for some time and we now believe it will be deeper than most expect,” according to a report by London-based consultancy Capital Economics released in early October.

The reasons for this pessimism include: manufacturing output is already declining and service activity is lower; inflation is in the double digits and does not seem to have peaked yet; Company surveys show that companies are planning further price increases and the labor market remains very tight.

Looking ahead, analysts say the European economy is quite vulnerable to potential chaos. Another recent report by Capital Economics says that the eurozone “risks turmoil even if governments remain responsible”.

While a large-scale tax cut package in Britain has raised serious concerns about its fiscal health and caused turmoil in financial markets, the public finances of some eurozone member states, notably Italy, are in a worse starting position than Britain’s, said the company’s Franziska Palmas, Sr The consultancy’s Europe Economist, in the report.

“This suggests that it may not take the magnitude and indiscriminate fiscal easing seen in the UK for concerns about Italy’s public finances to flare up. Some modest easing, which the new government may well embark on, might do the trick,” Palmas said.

In addition, the structure of the monetary union means the European Central Bank may not react as quickly to turbulence as the Bank of England, particularly if problems stem from measures in Italy, Palmas said. ■