In late November when thoughts turned to the holidays and the cold weather, the Farmers Market in Mount Vernon was busy on Wednesday before noon when that market opens. The vendors still had a few markets left in the season as the Mount Vernon market is one of three that will remain open until December.

There were about eight tents lining Sherwood Hall Lane and they offered all the normal Farmers Market fare and fresh holiday wreaths. 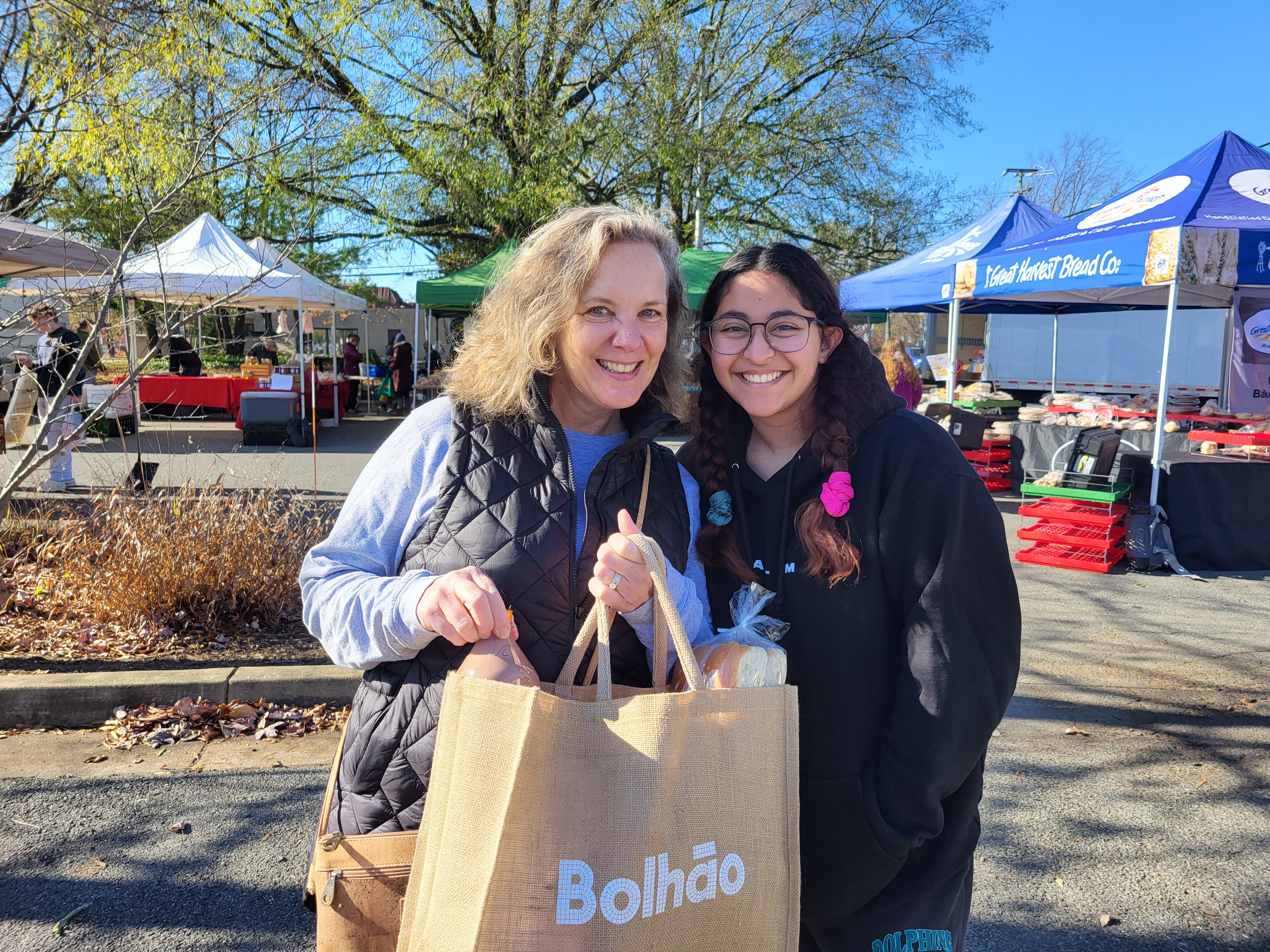 Regular shoppers Lisa and Susie Anamony were happy to see it flourish late in the season. “Even if it’s not produce, they have a lot of other things,” Susie said.

Betsy Herbst was behind the counter at Misty Meadow Farm Creamery, along with a steady stream of people looking for fresh milk, butter and ice cream. Their 120 cows return to the farm where they milk three times a day. “We have a lot of people who rely on our milk,” she said.

The Mount Vernon Farmers Market just announced it will stay open in December, along with Farmers Markets in Burke and Reston. The rest of the county’s markets close in late fall.

Most of the fruits and vegetables grown here stop at the first official frost, but there are some things that are still late in the season, like apples and potatoes. “Several of our farmers have greenhouses, which allows them to grow crops year-round and participate in some of the year-round farmers markets in the area,” said Molly Cullen, Farmers Market Outreach Coordinator in Fairfax County.

Other vendors fill the gaps, selling items such as baked goods and pastries, homemade frozen meals, or specialty products such as hot sauce and kombucha. Since it was just before Thanksgiving, there were several pies at various booths.

Most of the stands operated from the backs of trucks or vans, and the tents were attached to a heavy object or four so they stayed in place when the fall wind blew. According to county rules, vendors are required to secure at least 25 pounds per foot of tent weight to keep the tent on the ground. The County Vendors Manual states that “Farmers Market staff may cancel markets prior to market day if wind gusts exceed 30 mph during market hours, or a thunderstorm, tornado, heavy snowfall or flood warning has been issued during market hours. “.

The Mount Vernon market is the last to open for the season and will have its last market on December 21st, right before Christmas.