Jimmy Kimmel poked fun at William and Harry in a hilarious scene that showed the two actors dressed as princes arguing in the kitchen.

The sketch pokes fun at the line Harry from Nottingham Cottage revealed in his memoir The Spare, which was revealed in Spain five days before its release on January 10.

According to Harry, the row over Meghan Markle caused William to grab him by the collar, throw him to the ground and break the dog’s bowl. His back was scratched and bruised. 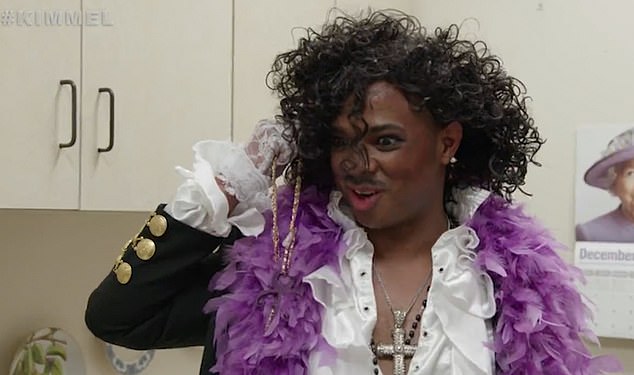 Jimmy Kimmel poked fun at William and Harry in a hilarious scene that showed the two actors dressed as princes arguing in the kitchen. Pictured is “William” in the sketch. 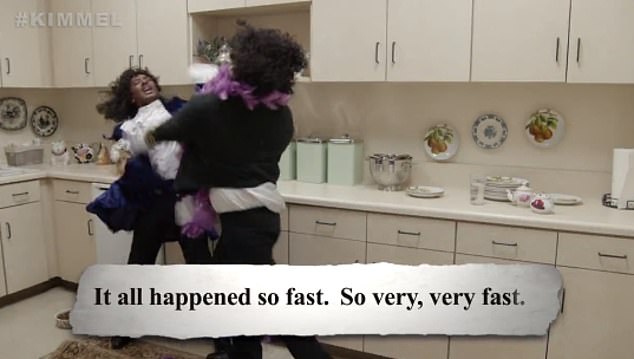 “He came to me, we got into a fight” when they started fighting with a cat and slapping each other with their eyes closed, it is said. 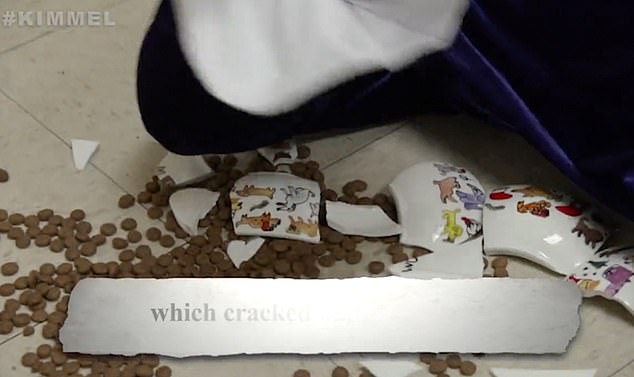 “I landed on the dog bowl and it burst under my back and the pieces went inside me,” she continued as each step was executed with great exaggeration as William twirled the necklace and the dog bowl shattered into pieces.

Actors playing the Duke of Sussex and the Prince of Wales dress up as pop legend Prince in velvet and purple feathers in a re-enactment of scenes from the memoir.

When the fight broke out, “Prince William” shook his hair violently and called Harry a “w***ker”.

“He came at me and we got into a fight,” is a quote from “The Stock,” as the two begin to catfight and slap each other with their eyes closed. 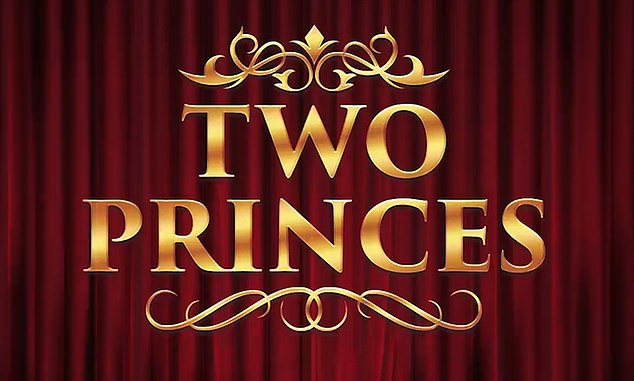 Talk show host Jimmy Kimmel gave his interpretation of the fight in a skit called “Two Princes: The True Story.” 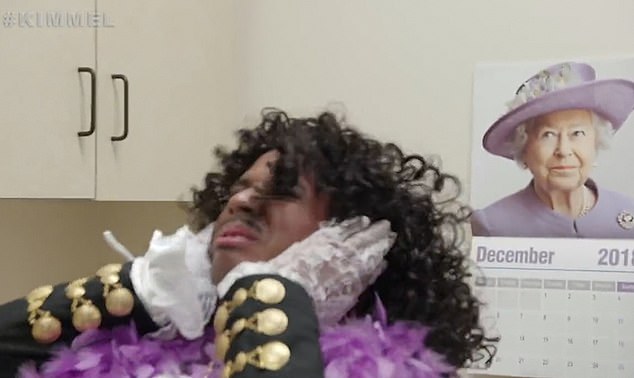 When Harry tells William he’s done “in front of the music,” the actor pulls out a purple guitar and starts playing a shrill riff as William covers his ears.

“I landed on the dog bowl and it burst under my back and the pieces went inside me,” he continued as each step was executed with great exaggeration as William twirled the bead and the dog bowl shattered into pieces.

When Harry tells William he’s done “in front of the music,” the actor pulls out a purple guitar and plays a shrill riff as William covers his ears.

The clip zooms in on the 2018 calendar, with a shot of the queen as the fight continues.

At the end, the two princes bow and laugh at the cameras, flowers are thrown, and the curtain closes.

However, Twitter users found the clip to be “hilarious”, while others could not see the “sad state” the two brothers’ relationship has deteriorated into. 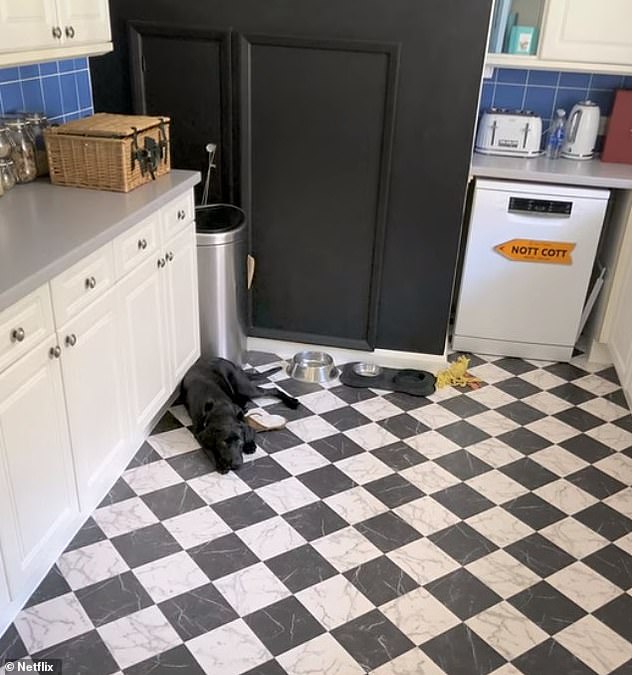 The kitchen of Nottingham Cottage, where Harry says his brother grabbed him by the collar and threw him to the floor, smashing the dog bowl.

Twitter users were divided as some found the clip “funny” but others couldn’t see past the “sad state” of the two brothers’ relationship.

Harry also spoke about the conflict with William in an interview with ITV’s Tom Bradby on Sunday.

In a newly released clip from ITV’s upcoming interview with Harry, the Duke said his brother was so upset by what happened in 2019 that he saw a “red mist out of him”.

“He wanted me to respond to him, but I didn’t,” she said of her brother. In the clip, released earlier today, Harry told his friend Bradby: ‘The level of frustration here has been extraordinary, I’m talking about the red fog that I’ve been in for years and I’ve seen this red fog in it.’

The Guardian, which first reported the scandal, said it had been able to obtain a copy of the book, which will be released on January 10, but that it was under tight security. 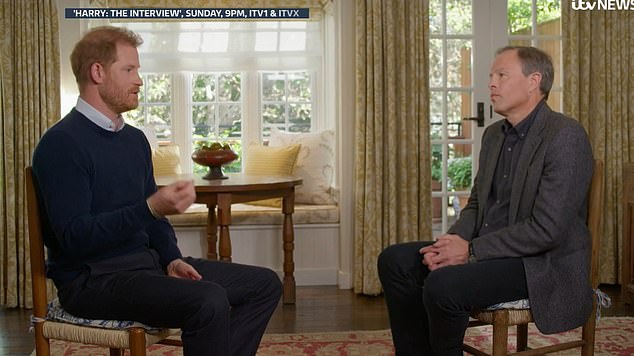 In an interview with ITV’s Tom Brady, the Duke of Sussex spoke again about his feud with his brother, the Prince of Wales.

It’s Harry and Meghan, a six-part Netflix documentary series on Sussex that was released last month.

Buckingham Palace and Kensington Palace have declined to comment on Harry’s comments on TV or in his book. But an insider told The Times: “It’s tiring, it’s frustrating, but it’s not distracting. It will burn itself.”

The royal also told Bradby that he wanted to reconcile with his family – which he said would not be “a bit irresponsible”.

“I want reconciliation,” he says, “but first there has to be some accountability.” Herzog also said, “The truth is, at this point, there’s only one side to the story, right? But there’s two sides to every story.”

The show, called Harry: The Interview, airs on ITV1 and ITX on Sundays at 9pm.