Hours after they approved plans for a fuel price cap, EU leaders welcomed a fall in gas prices, breaking months of deadlock in Europe’s energy crisis.

Europe’s main benchmark index fell 7 percent to €115 a megawatt-hour in Friday trading, despite holding above a four-month low set earlier this week. Leaders at a summit in Brussels agreed to continue work on the cap to bring down high energy costs that have fueled inflation and threatened a recession.

“The markets have reacted and lowered prices,” said Estonian Prime Minister Kaja Kallas. “When prices are high, it drives up inflation and hurts the whole economy.”

The proposed cap would “immediately limit episodes of excessive gas prices” but will only be introduced once conditions are met, imposed by skeptical countries like Germany and the Netherlands, which fear producers could export gas to countries that are willing to pay higher prices. Germany’s Chancellor Olaf Scholz dropped his opposition to the cap last night, but the price level or the size of the market move that would trigger his intervention has yet to be agreed.

The EU rushed to find alternative supplies for Russia after invading Ukraine almost eight months ago. Gas flows from Russia now account for about 9 percent of EU supplies, up from 40 percent last year.

Alexander de Croo, Belgium’s prime minister, claimed that proposals discussed at the summit, which include agreements to buy gas jointly on an EU-wide basis and to combat market volatility and speculation, are already having an effect.

“Everyone is convinced that we have to intervene in the gas market,” he said. “We have seen these prices come down over the past few days. These prices must continue to fall.”

Governments have spent tens of billions of euros to compensate households and businesses for rising energy bills, but leaders agreed that joint EU initiatives were needed to ease the crisis.

De Croo said energy ministers and the European Commission would finalize the proposals in “two to three weeks”. Energy ministers meet on Tuesday to start working out the details of the price cap.

Gas prices in Europe have fallen sharply since late August after rising to a record €340/MWh as countries scramble to secure alternative supplies to Russia after it halted supplies.

Gas storage facilities across the continent are now at over 90 percent capacity, while mild autumn weather has reduced heating demand. However, prices remain well above the €20-40/MWh range in which they have traded for most of the last decade.

Kyriakos Mitsotakis, Greece’s prime minister and longtime supporter of a gas price cap, welcomed the deal. He pointed out that the reason for the recent fall in prices “is that the markets have realized that we are serious about our threat to impose some kind of cap on natural gas if necessary”.

However, leaders agreed that any cap must ensure security of supply and should not result in cheap energy being exported to countries connected to the EU grid, such as the United States. e.g. the United Kingdom. 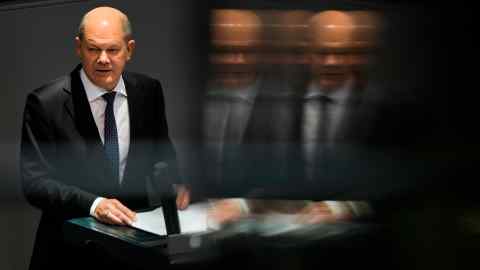 The gas industry remains highly skeptical about the plan, arguing that the underlying problem remains a lack of supply and fears government intervention in the market could hurt investments in alternatives to Russian gas.

“We need the market price to match limited supply with demand,” said an energy industry executive.

Also Read :  Rail strike would destroy US' economy by costing $2b per day: Fortune

“Time is running out,” Fredrik Persson, president of BusinessEurope, the employers’ association, told the Financial Times in an interview. “My biggest concern is that we will not only lose European competitiveness, but also companies and jobs if production is moved abroad.”

With storage capacity nearing full capacity, the EU is confident the bloc can survive this winter without resorting to stock rationing.

But Xavier Bettel, Luxembourg’s prime minister, pointed out that much of the stored gas comes from Russia and will not be available next year. “We filled all the tanks with Russian gas. The next winter is coming too.”

The Monster of Wall Street’ taught me about money