Director JKEDI reviews the functioning of the institute

Indicates opening free counseling centers in all districts of the Union territory. 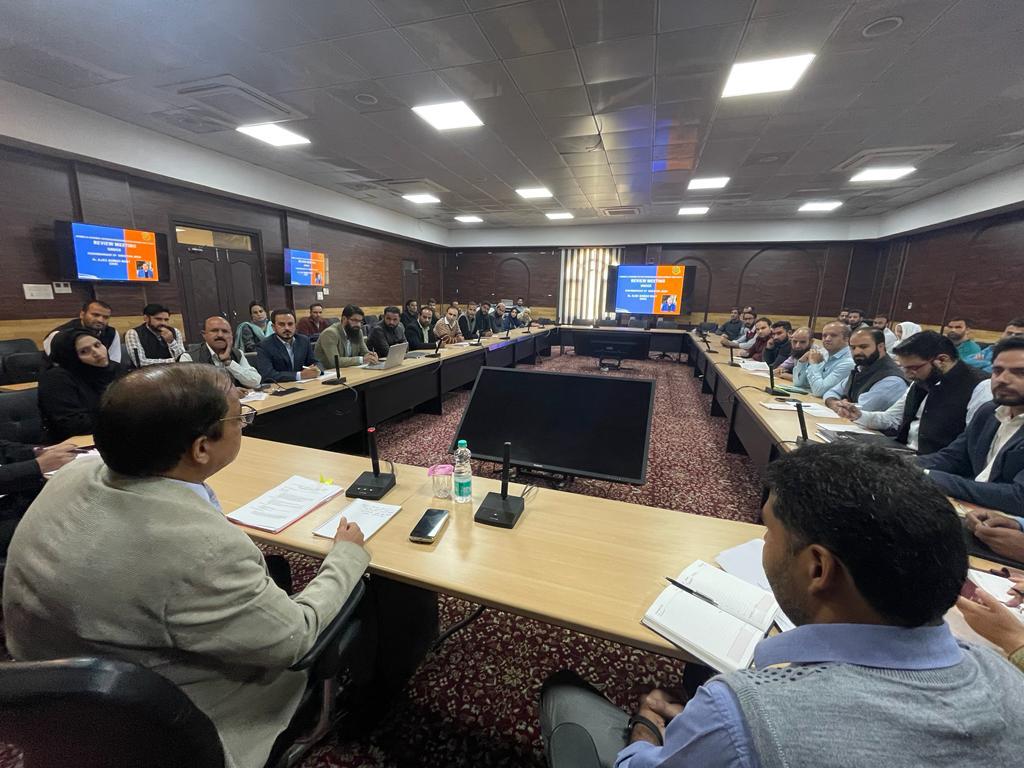 During the review meeting, the functioning of the institute, the progress made in various self-employment and entrepreneurship development programs implemented by the institute and other related issues were threadbarely discussed.

The director exhorted all senior faculty members, vertical leaders, and district node officials to redouble their efforts to reach out to the people. He said that mass consciousness is badly needed in every area of ​​UT. Reaching tribal and frontier areas should be a priority. He stressed the need to use social media and other digital platforms to sow the seeds of entrepreneurship across UT.

He directed all district node officials to immediately set up free counseling centers in their offices and display phone numbers so people can get in touch and start a profitable business. In addition, two model counseling centers will be established at the regional campuses of Pampore and Jammu.

Also Read :  The Virtuous Entrepreneur, Laron Louis – “Making a Difference in the Lives of Youth Through Digital Media & Digital Tech”

In his address, the director emphasized the need to develop contacts through constant feedback and improve coordination with line departments so that a convergence of different government initiatives and programs benefits youth. There is a need to create a single information brochure listing plans and initiatives from all government agencies. The institute should promote companies that use local raw materials, which serve as an engine for economic growth and job creation.

He further said that the current administration, led by the Hon’ble Lt. Governor, Shri Manoj Sinha, has established consolidated youth engagement programs and our institute can play a vital role in facilitating youth leadership of the Union Territory of J&K. People need to know about various government initiatives like incubation facilities, startup policies etc. which in turn will support local farmers, business people and the community in general.