“We are very concerned about the impact this would have…on teachers and students who are trying to access new materials that reflect their perspective, but also materials that have long been used in classrooms,” said Gaelle Esposito, an Arizona-based lobbyist dedicated to education policy, LGBTQ+ rights, and other progressive issues.

“It is unclear what the consequences and threats are for a teacher who breaks the law. There are still concerns that, due to the vague language, it will have a chilling effect on teachers and libraries for the books they will carry on their shelves.” 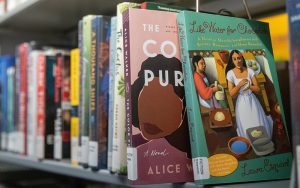 Alice Walker’s The Color Purple and Laura Esquivel’s Like Water for Chocolate are among the books that could be banned due to Arizona’s ban on sexually explicit material in schools. (Photo by Emily May/Cronkite News)

The law allows exceptions for material that has “serious” educational, literary, artistic, political, or scientific value. But even then, parental consent is required for any book or work to be shared with students. In the absence of parental consent, schools must provide an alternative assignment for that parent’s child.

The bill’s sponsor, State Rep. Jake Hoffman, R-Queen Creek, argues the point is not to ban books at all.

“The bottom line of this bill is about protecting children from sexually explicit material,” Hoffman told the Senate Education Committee in March, adding that it does not ban anatomy or biology classes.

“We need them to learn math, reading, writing and other incredibly important educational materials that will help them prepare for a vibrant and prosperous future without worrying about sexually explicit material.”

Hoffman did not respond to Cronkite News’ requests for comment.

The law comes into effect on Saturday, but it remains unclear how it will work in practice – who will patrol materials and reach parents, for example. And teacher advocates worry about the wider impact on stressed educators.

Jeanne Casteen, executive director of Secular AZ and a former English, arts and literature teacher, said the restrictions would exacerbate the state’s teacher retention problem as educators “find the working and learning conditions in Arizona unsustainable.”

“In Arizona, we’re chasing teachers out of the profession,” she said. “We educate them here and then export our best and brightest to other states because we constantly treat the teachers like they’re not the content experts that they are.” 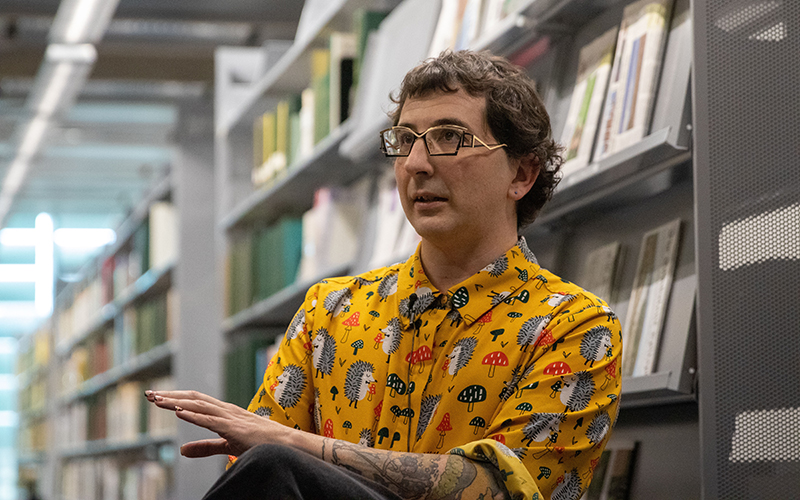 Lobbyist Gaelle Esposito is among those opposed to Arizona’s new ban on the use of sexually explicit materials in schools. “This should not be something for the state legislature or the federal government to get involved with. Once the government steps in and tries to say, ‘We value this material more than this material,’ it can get really dangerous,” says Esposito. (Photo by Emily May/Cronkite News)

Officials from several Arizona school districts, including Mesa Public Schools, and the Arizona Department of Education did not immediately return messages asking for details on how the law would be enforced.

Book bans are on the rise nationwide, according to nonprofit PEN America, which works to advance literature and defend free speech. From July 2021 to June 2022, the organization tracked 2,532 book ban cases affecting 1,648 individual titles.

More than 139 additional bans have been issued since June, and educators who fight back face consequences. An Oklahoma teacher quit after she hung a sign over her classroom library that read, “Books the state doesn’t want you to read.”

Of the books contested nationwide, 41% cover LGBTQ+ issues, while 40% contain protagonists or prominent black supporting characters, according to PEN America, leading some to believe censorship has peaked. 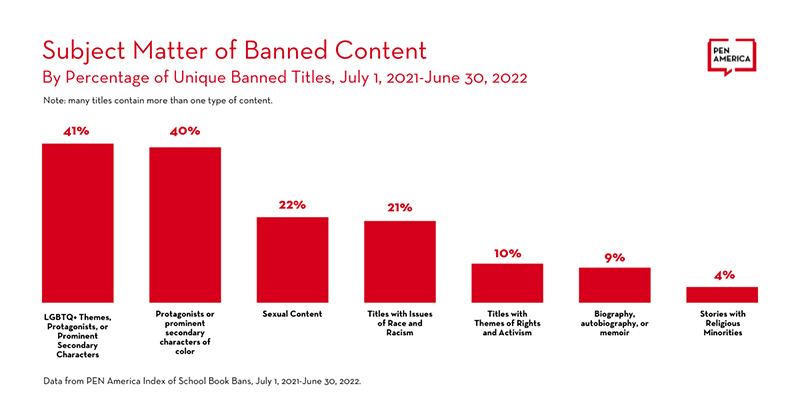 Esposito, the Arizona lobbyist, noted that the original version of HB 2495 included a specific restriction on materials containing homosexuality-related content.

“That in and of itself shows the intent here,” she said. “They want to censor the discussion of different perspectives and use these extreme talking points to justify them.”

Casteen said titles that could be contested include Alice Walker’s The Color Purple, the Pulitzer Prize-winning story about the life journey of an African-American girl who is raped by her father, and Laura Esquivel’s Like Water for Chocolate”, whose female characters control their sexuality.

“By sharing this with the students, a novel where they can see themselves and empathize with the characters’ experiences and situations, that’s where the magic really happens.”

Once, when Casteen credited Maya Angelous with “I Know Why the Caged Bird Sings,” some of her students realized that they had had experiences similar to the main character’s account of sexual assault and turned back to a trusted adult for help.

“It’s not fair to our students of color or even our LGBTQ+ students because a lot of books written by LGBTQ+ authors would come out,” she said. “These children, as we know, have a much higher rate of self-harm and suicide. Taking books away from these children puts them at greater risk.

“Rather than focusing on the real problems faced by Arizona teachers, students and working-class families, we are committed to solving problems that don’t exist.” 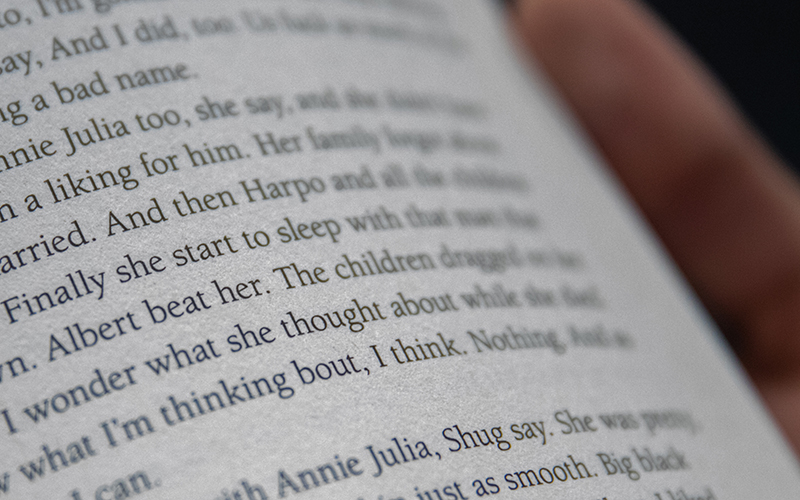 Book bans are on the rise nationwide, according to the nonprofit PEN America. From July 2021 to June 2022, the organization tracked 2,532 book ban cases affecting 1,648 individual titles. (Photo by Emily May/Cronkite News)

The Biden administration on Friday released a sweeping set of export controls, including a measure to cut China off from certain semiconductor chips made around the world with US tools,…