Five Israeli universities are listed in the top half of PitchBook’s 2022 ranking of the 100 undergraduate programs that produce the most VC-backed entrepreneurs, including Tel Aviv University, which placed in the top 10 for the fifth year in a row.

PitchBook Data is a company that provides data and research on mergers and acquisitions, VCs and private equity funds.

In the ranking of undergraduate programs, Tel Aviv University was ranked seventh, one place higher than four years ago when it ranked eighth. The Technion-Israel Institute of Technology dropped three places from 12th to 15th place. The Hebrew University of Jerusalem was ranked 31st for the second year in a row. Reichman University (formerly IDC) was a newcomer to the list, ranked 38th, and Ben-Gurion University of the Negev dropped to 45th, a drop from 2021.

Stanford University, University of California, Berkeley, and Harvard University took the first, second, and third places, respectively, and the Massachusetts Institute of Technology (MIT) and the University of Pennsylvania took the top five places, all with their respective rankings. from 2021. 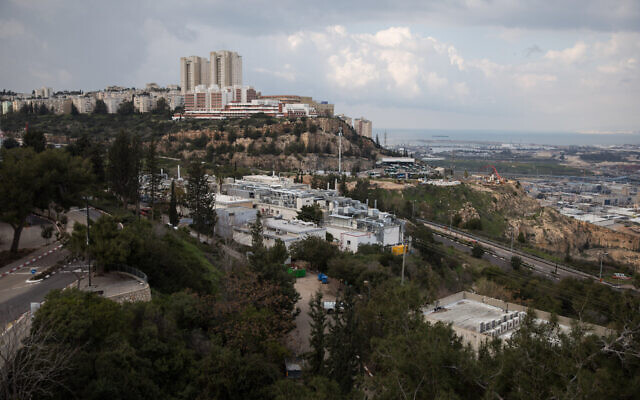 A view of Haifa Bay from the campus of Technion University, the Israel Institute of Technology, in the northern Israeli city of Haifa on February 19, 2019 (Hadas Parush/Flash90)

For this ranking, PitchBook tracked the founders of companies that received the first round of venture capital between January 1, 2012 and October 21, 2022, and processed educational data from more than 140,000 founders. PitchBook said in a statement that all rankings are based on data from that time period only. Previous studies looked at data from 2006.

This year, Pitchbook also included graduate degree holders in its alumni rankings, whereas previously the study only tracked founders with an MBA. The company also said it expanded the lists to include more schools and improved the accuracy of its data by tagging founders who attend US-based public universities on their specific campuses rather than the university system as a whole.

According to Pitchbook data, undergraduate programs at Tel Aviv University have helped create 814 graduates who have launched 677 companies and raised a total of $26.5 billion in the period between January 1, 2012 and October 21, 2022. Companies like retail tech firm Trax, which has so far raised more than $1 billion in funding, and Fireblocks, a blockchain fintech company that has raised a similar amount since founding in 2018.

Undergraduate programs at the Technion have created 576 founders with 493 companies, including payroll company Deel and artificial intelligence startup Gong. Technion-educated founders raised $17.7 billion in the specified time frame, according to PitchBook. 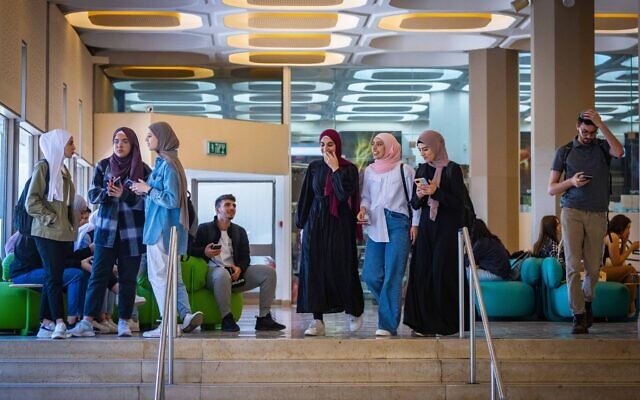 Students at the Hebrew University’s Mount Scopus campus on the first opening day of the academic year on October 23, 2022. (Olivier Fitoussi/FLASH90)

Hebrew University of Jerusalem programs have produced 412 founders who have launched 361 companies (including cybersecurity unicorns Wiz and Cybereason) and raised a total of $12.4 billion.

Bar-Ilan University, with 203 entrepreneurs who have founded 188 companies, was included in the list of undergraduate majors and was ranked 71 out of 100 majors.

Among the top 100 graduate programs that attracted entrepreneurs, Stanford University was ranked first, followed by Harvard and MIT.

In a ranking of the top 50 undergraduate programs for female founders, Tel Aviv University ranked 20th and Hebrew University ranked 45th. Israeli companies founded or co-founded by female entrepreneurs who studied at TAU ​​include business management software company Honeybook and cybersecurity foundry Team8, while companies with graduate degrees from the Hebrew University include online course provider Coursera and cyber insurance company At-Bay are

In a ranking of the top 50 graduate programs for female founders, Tel Aviv University ranked highest among Israeli universities, at 23rd, followed by the Hebrew University at 29th, the Technion at 44th, and the Weizmann Institute at 50th, with Purdue is placed University, California Institute of Technology, University College London and University of Maryland.

You are a dedicated reader

That’s why we started The Times of Israel ten years ago—to bring discerning readers like you must-read coverage of Israel and the Jewish world.

Well, now we have a request Unlike other news outlets, we have not created a paywall. But since our journalism is expensive, we invite readers who care about The Times of Israel to support us by joining. Israel Times Association

For as little as $6 a month, you can support our quality journalism while enjoying The Times of Israel. No adsas well as access Exclusive content Available to Times of Israel community members only.

Thank you,
David Horowitz, founding editor of The Times of Israel